Previously, I described how members of the Glessner family were prodigious chroniclers of their lives. 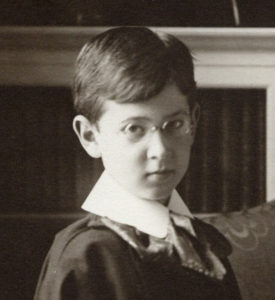 Frances Macbeth Glessner, FGL’s mother, kept a journal to record the social minutiae of their everyday lives from the 1870s until the 1930s. FGL’s father, John Jacob Glessner, the son of a newspaper editor, privately published several bound volumes.

Readers of 18 Tiny Deaths may be surprised to learn that — spoiler alert — FGL actually wrote a book. However, the first commercially published book by a Glessner family member was written by her son, John Glessner Lee.

Like his father, Blewett Lee, John grew up fascinated with the emerging field of aviation. After receiving his engineering degree from MIT, John Lee worked in the industry designing military airplanes.  By 1942, when Fighter Facts and Fallacies was published, he was assistant director of research at United Aircraft Corporation (now known as United Technologies Corporation). 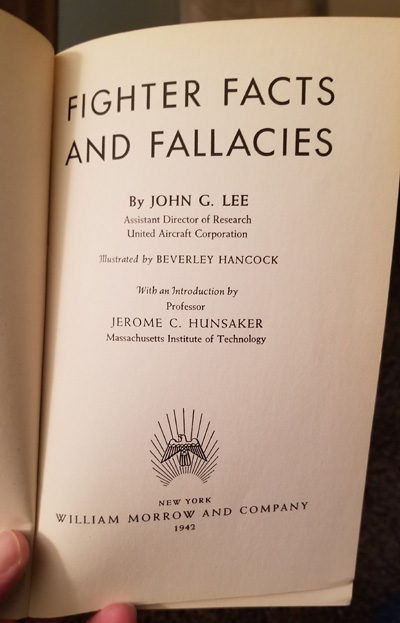 Written in the early days of WWII, Fighter Facts and Fallacies was intended to provide the public with a general introduction to aeronautics — the compromises between power, lift, and weight that must be made depending on the mission of the aircraft.

Most of the illustrations in Fighter Facts and Fallacies depict propeller-driven aircraft, which continued to dominate throughout the war. Later chapters of the book hint at jet engines and swept-back wings, a peek of things to come.