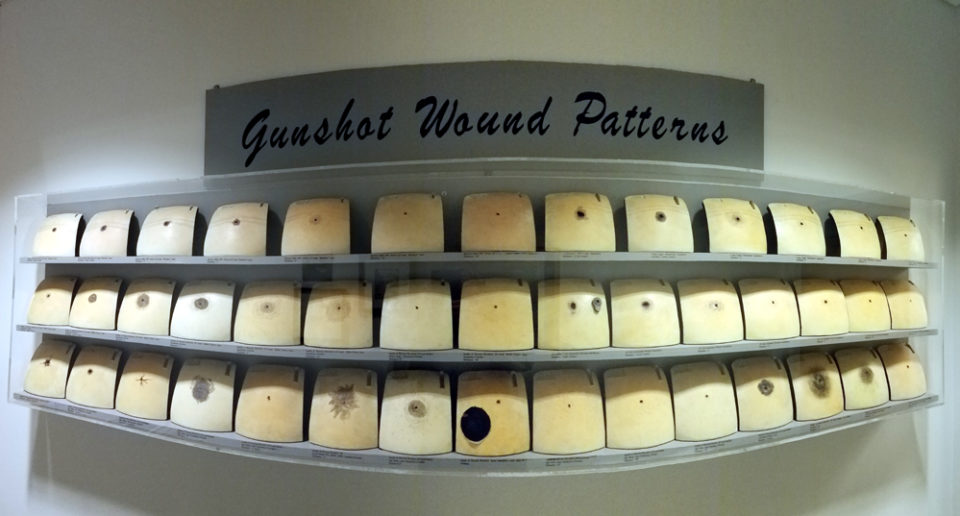 Frances Glessner Lee is primarily known for creating the Nutshell Studies of Unexplained Death. These incredible dioramas are only a small portion of the instructional material she provided for Harvard’s Department of Legal Medicine.

She was determined that her department would be equipped like no other. She hired an artist to produce a series of plaster models (above) illustrating ballistic injuries — gunshot entrance and exit wounds of various calibers fired from increasing distances. These models are still useful today. 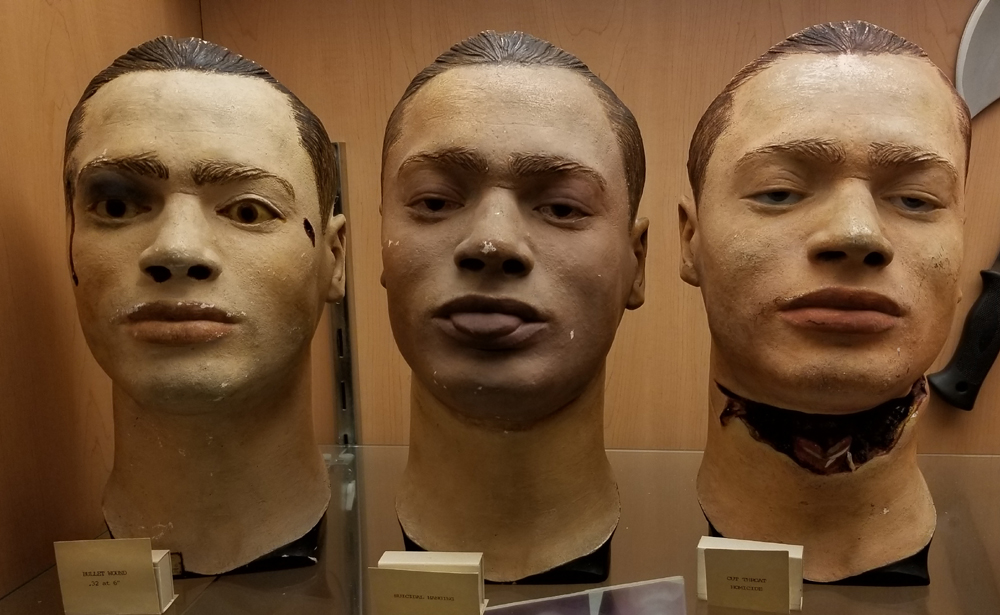 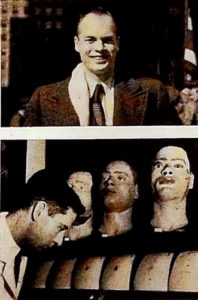 Lee also paid to have an artist produce a series of plaster heads showing different causes of death; hanging, gunshot through the temple, and a lacerated neck.

While working on 18 Tiny Deaths, I learned the name of the man whose head was cast in plaster — Ernest F. Boruski, Jr. — and stumbled on an amusing anecdote that could not be worked into the book.

Boruski was recognized when the heads appeared in a feature story in the December 10, 1949, edition of Saturday Evening Post. His friends were alarmed that Boruski may have killed himself — several times.

Boruski wrote to the Post to let people know he was alive and well and to explain how the teaching models came about:

Back in ’47 I impetuously agreed to let my sculptor friend Bob Cook take a plaster cast of my head. After losing most of my eyebrows and sideburns because we didn’t put the grease on thick enough, I was ready to call it quits — but that was only the beginning. Soon some fifty busts mutilated in all ways and means “in the best interests of criminal science” were adorning the halls of Harvard’s Dept. of Legal Medicine. Please let my friends know I haven’t met with foul play yet.