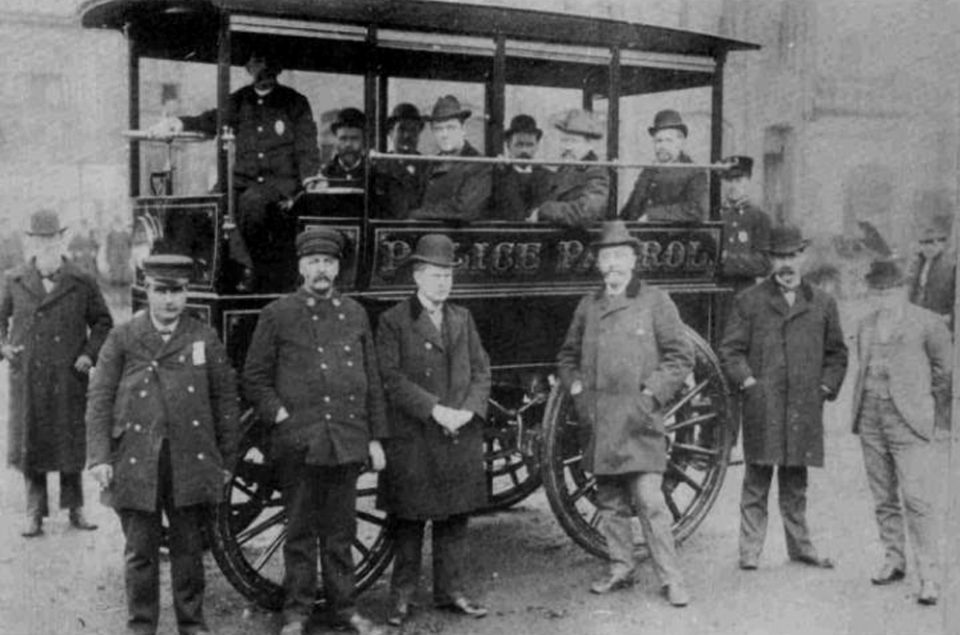 The distinction of the first police department in the United States with a motorized vehicle belongs to Akron, Ohio.

In 1899, the city of Akron paid the Collins Buggy Company $2,400 for a motorized wagon equipped with stretcher and a cage to hold prisoners. Accessories included headlights and a gong (precursor to a siren).

The vehicle was propelled by two battery-powered 4-horsepower motors that allowed a top speed of 18 miles per hour on level ground. For its first mission, Akron’s police wagon brought an intoxicated man into custody.

On August 22, 1900, Akron was swept up in the most violent riot in the state’s history. A mob gathered at police headquarters intent on lynching a man accused of sexually assaulting a six-year-old girl. Armed with bricks and bombs, the mob demolished City Hall and police headquarters, among many other buildings.

During the melee, rioters seized the police wagon and tossed it into the Ohio Canal. The vehicle was retrieved from the water the next day, cleaned up and repaired, and returned to service until it was sold for scrap for $25 in 1905.